Memorial Day is the day we honor those men and women who took the ultimate sacrifice and in return giving us the greatest gift as United States Citizens, FREEDOM!What a great honor to live in this Country and to be given this wonderful gift, here at Credit Law Center we want to express our heartfelt gratitude to the families, and friends that have lost a solider. We all have our story and our experiences, each employee here I am positive has been touched by a life of a soldier.

Today I want to share a story with you; this story is my story, my father’s story. Our story isn’t about losing someone to active duty, but it is about the struggle that comes with active duty. This story gives me a passion for helping service members daily in my job and why I love what we do at Credit Law Center. Each one of our employees has a reason and a drive for what makes them want to help others succeed. Some of us it may be seeing a Single Parent survive divorce, others just picking you back up after years of struggling, mine is military. We don’t offer military discounts just during certain Holidays. Our company Honors them yearly. I am grateful for this.

My father was 18 when he signed up to head to Vietnam, just like many other service men and women that signs up for this heroic duty. They pride themselves on serving this exceptional country. My dad was sent to Vietnam to be a mechanic on the gunboats and eventually was the one running the gun. You see… He never told me any of this information, let alone did he talk to me about any of this. It was only after his passing that I found this information out. My father was only in Vietnam for a short period, but the trauma it caused him remained with him for many years to come. Ultimately, the trauma is not what this story is about; this story is about the last year of his life and how Agent Orange and being a Disabled Veteran can be very rough on you financial situation. My father’s short stint in Vietnam gave him agent orange exposure. In the last ten years of his life, the VA deemed him 90% disabled due to Agent Orange Exposure.

In April 2015, my dad was rushed to the hospital via ambulance due to a diabetic coma. He was in the hospital and rehab for several weeks. Since my father was considered 90% disabled, I assumed the VA would cover the medical expenses. The Ambulance took him to a non-VA hospital, but they are still supposed to cover this. Unfortunately, there is a ton of red tape, and lots of medical coding errors, as we all know that is common even in non-VA claims. My father was soon released from the rehab and getting non-stop calls from hospitals, doctor’s billing dept, and numerous medical bills daily. Many of us know the stress of dealing with collections and medical billing, try being sick and knowing that this should be handled and knowing he was completely covered.

This is where I come in; the dear old daughter who takes the wrath of the buried trauma he experienced in Vietnam, anger that he was sick and most likely dying from an illness he acquired from serving this beautiful country that he wasn’t ready to let go, and angry at the debt collectors calling him. I tried for months on end to straighten out the situation, and I spent hours on the phone trying to sort it out, with both billing departments and patient liaisons, etc. His credit scores dropped tremendously; they lowered his credit card limits due to the credit scores dropping as the debt was figured in his reports. He had constant calls, letters and just plain stress on both of us.

I was never successfully able to take care of these astronomical medical debts, which affected him mentally, physically and financially in the last year of his life. He passed away from ischemic heart disease, which contributed from agent orange exposure. 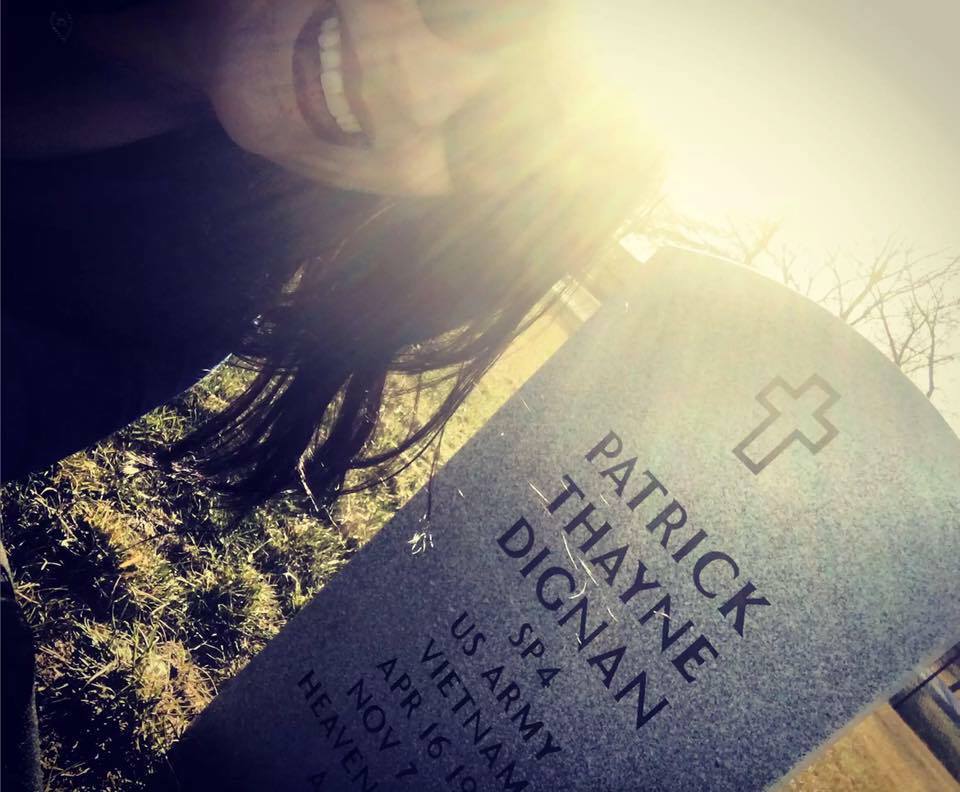 I didn’t work at Credit Law Center when I was enduring this life event, and I wish I would have had the experience that I do now. What I do know is that I see it so many times, that men and women have the medical debt in their reports when they should not. My experience has given me the compassion, and the fight to help our consumers. If you know someone who could use our help, we would love to assist them.

This entry was posted in Credit Repair Blogs and tagged medical debt, memorial debt, Pride, Veterans. Bookmark the permalink. Follow any comments here with the RSS feed for this post. Both comments and trackbacks are currently closed.