If you have a Wells Fargo Home Mortgage, you could be about to lose out on a lot of money.

Wells Fargo is being sued for calling mortgage holders on their cell phones without permission. You could be losing out on money because this suit may decide your rights and how much Wells Fargo has to pay you, unless you ask to be excluded by November 22, 2016. Why would you care? 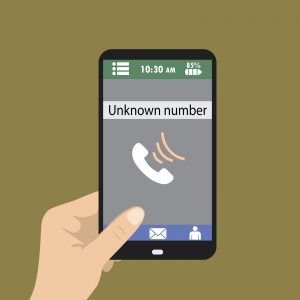 Under the current case, the most a Wells Fargo customer could get would be $75. However, anyone who has a legitimate claim to be part of the class would get a minimum of $500 if they sued on their own!

The case is being pursued as a class action, which means that Wells Fargo is going to be settling thousands of people’s claims at one time. Sometimes, this is a good thing because individual consumers could not get a court to award them enough money to cover their attorney fees. However, when some consumers could get thousands of dollars for putting up with harassing, machine-generated phone calls, $75 per person is letting Wells Fargo off easy.

How would you know if you have a claim?

1)  You may have already gotten a postcard in the mail telling you about the case.

2)  You would have to have had a Wells Fargo Mortgage

3)  Wells Fargo would have called your cell phone numerous times after you asked them to stop, usually making you wait for a person to come on the line after answering their phone call.

What can you do? If you think you may have a claim, you should contact an attorney immediately. The attorneys at Credit Law Center specialize in this kind of law and would be willing to discuss the possibility of your case with you.

“The choice of a lawyer is an important decision and should not be based solely upon advertisements.”