The Consumer Financial Protection Bureau bust 2 out of the 3 major credit reporting bureaus due to the marketing of their over-priced, under-performing credit monitoring subscription products.  Combined fines and  consumer restitution total $23 million.  CFPB will more than likely also bring a case against the remaining bureau, Experian. Experian doesn’t prevent identity theft, nor do they always accurately disclose your credit score.

The CFPB has busted similar “add-on” enforcement actions against many of the largest credit card banks, which sell similar products. The CFPB has returned nearly $2 billion to consumers for credit card add-on marketing, including $727 million in its case against Bank of America.

The credit bureaus have long gotten away with selling defective, error-ridden credit reports. For years, they ignored efforts of the Federal Trade Commission to improve their accuracy. The CFPB has been granted many more tools by Congress than the FTC has been given. The FTC, in 2005 and 2007, mildly punish Experian for deceptively linking its marketing of subscription monitoring products to free credit reports available by law since passage of 2003 amendments to the federal Fair Credit Reporting Act. 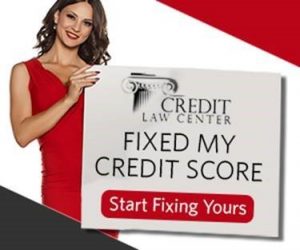 Equifax, Experian and TransUnion have each leveraged consumer concerns about low credit scores and/or identity theft to scare consumers into signing up for underperforming and overprice credit products.

As the CFPB points out in its release, Trans Union and Equifax violated the law by:

The CFPB, since 2012, has also taken over examination and supervision of the biggest credit bureaus. These deceptive marketing cases are important, but expect more scrutiny of the accuracy of credit reports sold by the credit bureaus from CFPB going forward. The big 3 credit bureaus act as gatekeepers to who gets a loan and how much they pay.